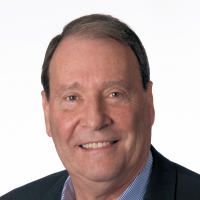 Grant Gilfillan joined Port Authority of New South Wales (formerly Sydney Ports Corporation) as its Chief Executive Officer in January 2008, with an agenda of reform and innovation. He was appointed a Director in March 2009.

Prior to joining Port Authority of New South Wales, Grant worked in Africa, the Middle East and Europe (Romania) as a Senior Vice President, Managing Director and General Manager for DP World. Prior to this, Grant had served as Director of Operations for P&O Ports, Australia and New Zealand and as Managing Director of CSX World Terminals in Australia.

In an earlier life, Grant was a Mining Engineer and Mine Manager with Rio Tinto in the NSW Hunter Valley Coalfields and the Pilbara Iron Ore region of Western Australia.

His career has encompassed all leadership, business and technical aspects of Mining operations, Stevedoring, Logistics, Transport, Port management, and development of major infrastructure. He served as President of IAPH from 2013 to 2015.

Grant considers himself a change agent with a passion for leading cultural change within an organisation to make it a great business.