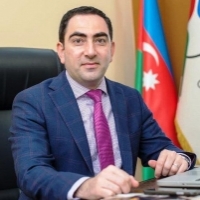 Welcome to the World Ports Conference 2018 in Baku, Azerbaijan

We would like to extend our invitation to you to participate in the World Ports Conference 2018 in the pearl of Caspian basin, the booming capital city of Azerbaijan, Baku.

Baku has been known as a port city for centuries. In the 1st century, Romans organized two Caucasian campaigns and reached Baku. Marco Polo and Alexander Dumas both lived in Baku for a period of time, leaving behind mesmerizing accounts of the rich cultural heritage of Azerbaijanis. In the mid-19th century, the Rothschilds and Nobel brothers exploited the rich oil fields of Baku and turned the city into the world’s biggest oil supplier of the time.

In September 1994, an independent Azerbaijan, under the late President Heydar Aliyev, signed the Contract of the Century, once again inviting the tycoons of the oil industry to believe and invest in the Azerbaijan Republic. The contract has sealed the future of our economy, making it one of the most rapidly developing economies of the world.

Now, a strategic shift has been made to drive Azerbaijan’s economy based on value-added services. One of the main epicenters of this policy will be the Alat Free Trade Zone, part of greater Baku. The Alat township is already the host of the biggest port of the Caspian, the Port of Baku. In a few years from now, it will be able to handle 25 million tons of cargo and 1 million TEU every year. With the development of the Alat Free Trade Zone, various clusters will be developed, varying from traditional petrochemicals and agriculture to advanced high tech parks and bio tech, among many others.

We want you to see it for yourselves, an enigmatic city where modern and ancient buildings co-exist harmoniously for centuries.

The main theme of IAPH 2018 is “Ports of the Future: Creating Hubs, Accelerating Connectivity”. We will discuss the mainstream developments in the Port industry including, multimodal transportation and containerization of world terrestrial and maritime trade; the synergy between ports and free trade zones; and the implications of major global transport initiatives such as “One Belt, One Road”, the Baku-Axalkalaki-Kars railroad and the North-South transport corridor on global economic growth.

Among many other subjects, the issues surrounding smart and green ports as well as maritime tourism and the cruise industry will be touched upon.

A special cultural program has also been drafted for accompanying people which includes tours to the famous “Flaming Mountain”, the Baku Old City, some ancient vineyards, an authentic Azerbaijani mountain village – Lahij, the carpet museum, and a traditional silk scarf painting plant. We will also offer master cooking classes in traditional Azerbaijani cuisine and many other entertaining events which are sure to leave you with unforgettable memories of Baku and Azerbaijan.

We look forward to welcoming you to the pearl of the Caspian next year!